I read this quite a while ago and recently theres been a lot about this book so heres's a movie poster! Fan made of course. 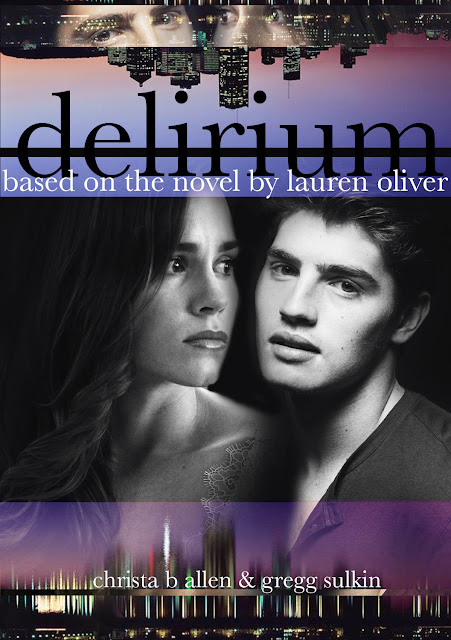 So recently my Cover of the Week has been tied in with other things such as cover reveals, but this cover is so stunning I'm going to tie it in with a Uk vs US cover. 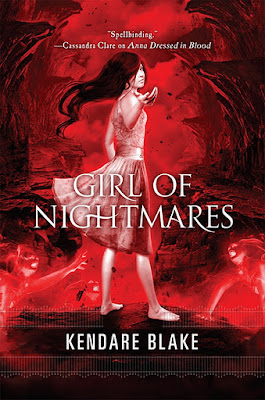 Right so lets get started. When Anna dressed in blood was released there was no questioning it. The UK cover won, but this time round I really stuck. Obviously the main image is the same but the way they have been done are completely different. So lets take the covers apart one bit at a time. The tagline. The UK has the tagline Spellbinding and romantic, whereas the american just has spellbinding. I find that the single word quote works for me better. With the US tagline I like how it is smaller and doesn't stand out too much but I think it's too low down, whereas the UK tagline is higher up. So overall I think the US tagline just wins. Author title. Right well this is draw, because although the UK author title is a tad big for my preference the us one has patterns that are rather distracting. Main title. Well they're the same, so it comes down to the image and colours. Putting all of this aside, looking at both the covers you cant help but think, my god they're beautiful, but back to business. I don't know, I think the idea of having some parts red and some parts grayscale on the uk cover is very clever but something about it seems off to me. Maybe it the fact that her lower skin has colour but her upper doesn't?  And also the glow around her hair on the UK seems a little too pretty fairytale for a horror. And then the US. Migod. The whole red effect creates a completely magical feel. A very fairytale feel, but the kind of this-is-about-a-blood-thirsty-i'm-gonna-kill-you-ghost fairytale. And the red to me just screams blood. This is mega hard for me cause they are both beautiful and theres not to much difference but I think US has to win.

Cover of the week:
Well pretty much says it above.
By Arjun at February 20, 2013 No comments:

Jackson Meyer has thrown himself into his role as an agent for Tempest, the shadowy division of the CIA that handles all time-travel-related threats. Despite his heartbreak at losing the love of his life, Jackson has proved himself to be an excellent agent. However, all that changes when Holly--the girl he altered history to save--re-enters his life. And when Eyewall, an opposing division of the CIA, emerges, Jackson and his fellow agents find themselves under attack and on the run. Jackson must decide between saving the love of his life and the entire world ...

Sorry this is incredibly late but it's one of those books I was struggling to put into words and I wasn't sure whether that was for good reasons or bad. In fact I'm still not sure so I'm just going to go through my overall opinion in this review.

Lets start of  with where this started. It follows on from the previous book, and basically I'm not going to try and sum it up because there is too much.

The storyline in this was varying. It kept me interested and reading non-stop but something you have to be careful with when writing about time travel is how confusing it gets, now i don't if this is just me but i found myself a tad lost with the ins and outs of it. However don't let that stop you from reading it, because it really doesn't have that much of an effect. The story is still incredibly clever and witty and I love the direction this sequel has taken. In fact there are many incredibly surprising twists and turns in this that will leaving you wanting so much more. The plot is layered with so many subplots and stories that it's just such a thrill ride to read.

The writing was actually really pleasant to read. I didn't find it too whimsical or to actiony but just simple. And I'm so happy the writing was the way it was because otherwise the book would've dragged out, and i can honestly say for this story the novel was the perfect length. The dialogue and description balance was perfect and I admit, Cross does a fantastic job as writing as teens. I couldn't find a single fault.

The characters pretty much stay the same in this and once reading this you see eery character in a whole new light. Backstories are revealed, subplots are told and the foundations of the characters grow much stronger. But there's more than that. Characters you one loved you know hate, and the line between good and evil is gone. Theres no black and white now, just grey.

My favourite character this time round was Kendrick. A new character but nevertheless, one that it there to be liked. You'd have a hard time hating her. I found the she kept balance between so much that went on the books, and out of them all she was the most sane. It was nice to have a little sanity whilst reading this back, just to keep it grounded and real.

Overall I did really like this, though I still have mixed feeling. It did keep me captivated and wanting, and my final thoughts on the book were, Sequel? Because I want to know what happens next.
By Arjun at February 19, 2013 No comments:

Some fanart for Beautiful Creatures in the spirit of release. I disagree with the ethan they have chosen and was just playing with different Lena's! 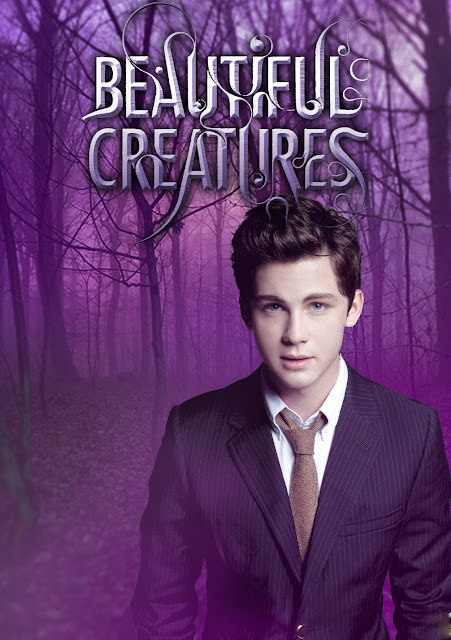 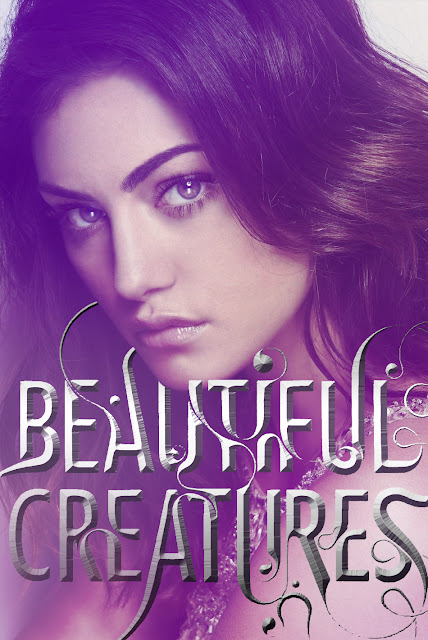 I have exciting news! HERE IS THE NEW COVER FOR LAUREN KATES NEW BOOK TEARDROP!  This is also my gorgeous cover of the week! 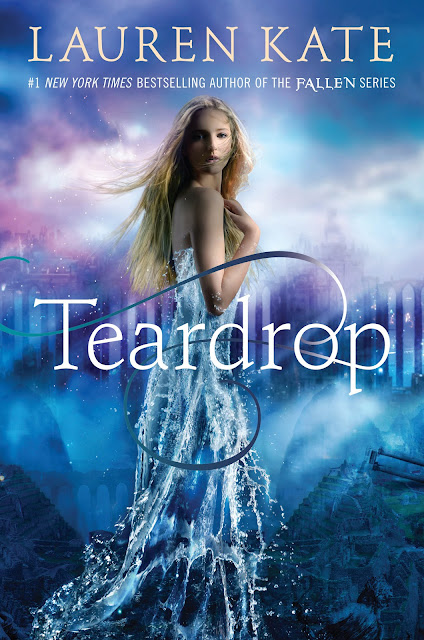 Cover of the week:

What's to say. This leaves me speechless. Utterly speechless. It so fantastically beautiful and gorgeous. For starters the model is perfect, and the blonde hair is screaming mermaid. And the dress, its so clever with the water! I'm dying to read this. And the colours; i could honestly stare at this for hours. Well done! Gorgeous cover!

COVER OF THE WEEK - FEBRUARY - WEEK 1 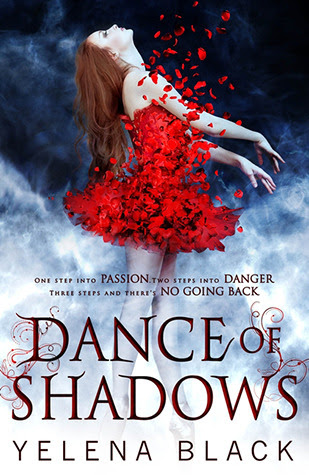 So this week the cover is Dance of Shadows. Now not only does this have an absolutely gorgeous cover, but it sounds amazing as well. Even just the tagline is fantastic. I really love this cover because it's simply so magical. The dress of petals is just gorgeous and the red just pops against the dark blue. The colours have been perfected and her pose and arms are perfect. I love the font as well and the patterns coming of them almost bending into the smoke around it. This cover is really gorgeous!
By Arjun at February 04, 2013 No comments:

You should be excited! In fact you should be jumping for joy and pumping the air! Wanna know why? Because the amazing author of the fantastic Fallen series - Lauren Kate - will be releasing an absolutely amazing new book! Check this out!


"Random House Children’s Publishers have acquired a new series by Lauren Kate the author of the
internationally bestselling series, Fallen. Three books were acquired in the UK by Annie Eaton and Becky
Stradwick, the first; TEARDROP will be released in the UK in October 2013.

The story stars a seventeen-year old named Eureka Boudreaux whose tears possess the power to raise
the lost continent of Atlantis. The TEARDROP jacket will be exclusively revealed on the Fallen Facebook
page on Monday 11th February. (FACEBOOK LINK)

Since the publication of Lauren Kate’s first book, Fallen, in December 2009, the series has become a bona
fide smash hit with over half a million copies sold in the UK alone. Her story of star-crossed lovers and
fallen angels has captured the hearts and imaginations of readers all over the world, with rights sold in 33
countries and counting. All bestsellers in the United States, the novels of the Fallen series: Fallen,
Torment, Passion and Rapture, have become international sensations, hitting No.1 slots in the UK,
Australia and New Zealand.

Annie Eaton, Fiction Publisher comments “We are thrilled to be publishing Lauren’s new series, and we
know that her millions of fans will be over the moon to hear that TEARDROP is on its way.”

Lauren Kate is the internationally bestselling author of The Betrayal of Natalie Hargrove and the Fallen
novels: Fallen, Torment, Passion, and Rapture. She lives in Los Angeles with her husband."

And here we have the synopsis:

Never, ever cry. . . . Eureka Boudreaux's mother drilled that rule into her daughter years ago. But now her mother is gone, and everywhere Eureka goes he is there: Ander, the tall, pale blond boy who seems to know things he shouldn't, who tells Eureka she is in grave danger, who comes closer to making her cry than anyone has before.But Ander doesn't know Eureka's darkest secret: ever since her mother drowned in a freak accident, Eureka wishes she were dead, too. She has little left that she cares about, just her oldest friend, Brooks, and a strange inheritance—a locket, a letter, a mysterious stone, and an ancient book no one understands. The book contains a haunting tale about a girl who got her heart broken and cried an entire continent into the sea. Eureka is about to discover that the ancient tale is more than a story, that Ander might be telling the truth . . . and that her life has far darker undercurrents than she ever imagined. From Lauren Kate comes an epic saga of heart-stopping romance, devastating secrets, and dark magic . . . a world where everything you love can be washed away.