Love burns. Worlds collide. Magic reigns. This world is trying to kill Lily Proctor. Her life-threatening allergies keep her from enjoying many of the experiences that other teenagers take for granted...which is why she is determined to enjoy her first (and perhaps only) high-school party. But Lily's life never goes according to plan, and after a humiliating incident in front of half her graduating class Lily wishes she could just disappear. Suddenly Lily is in a different Salem - one overrun with horrifying creatures and ruled by powerful women called Crucibles. Strongest and cruellest of all the Crucibles is Lillian ...Lily's identical other self in this alternate universe. This new version of her world is terrifyingly sensual, and Lily is soon overwhelmed by new experiences. Lily realizes that what makes her weak at home is exactly what makes her extraordinary in New Salem. It also puts her life in danger. Thrown into a world she doesn't understand, Lily is torn between responsibilities she can't hope to shoulder alone, and a love she never expected. But how can Lily be the saviour of this world when she is literally her own worst enemy?

Josephine Angelini is a genius. Literally I didn't even care what the book was about, I saw her name and I wanted this book for review because I had no doubts that it would be amazing. I was correct. This book was so much more than amazing. It was flawlessly good and I'm going to get onto why that it in a moment.

The book follows Lily, this crazy sick girl who's allergic to just about everything and is in love with her only friend who is male and the biggest player in town. Anyway, cut to the chase, she gets rejected and find herself in a parallel world where she discovers she is a crucible which is kind of like a witch. Oh and theres another version of her that wants her and she essentially has to fight herself. It's sounds a bit scattered but trust me it's not, its just that so much happens in this book and I don't want to give anything away at all, because It's something you definitely need to experience without knowing anything before hand.

Now for the plot. Angelini had this flawless way of seamlessly combing modern or older classics with modern days world to weave these incredible hybrid stories that I absolutely love. It's just such a clever and unique way of doing things and Trial by Fire stands out for all the right reasons.
I guess you could say it loosely based of the crucible by Arthur Miller (A play which I so happen to Love) and it made reading this so interesting and it was because whilst the plot was leading the vague path that I sort of knew I still wasn't sure where I was going and it was absolutely brilliant. It never got confusing or complicated and bearing in mind it was a topic that could've gotten extremely confusing Angelini seemed to master if easily, building this incurable world and system with precision.
Another thing I loved about this novel, that also made it different to other 'witch' novels was the science which actually really intrigued me. Basically all the magic and supernatural powers in this were not so supernatural. All the magic they did actually used science as a basis because the magic was essentially science, hence why these witches are called crucibles. It was so clever and different and I instantly fell in love with this idea of science and magic working together and for me it made it all seem a bit real and a breather of something unique in a genera so full of the same stuff.
A further bonus is that it had so many hidden references to the Crucible that you wouldn't get had you not read the original play, however I have and did pick up on these and loved them, seeing instantly how they related down to the classic.

What can I say about Angelini's writing. As you can tell from my reviews of the Starcrossed trilogy I adore Angelini's style of writing. I find it really poetic and beautiful and quite simply, utterly gorgeous. I really feel like her writing has developed somewhat, because although I could tell it was written by Angelini the writing seemed more developed and grown, like everything that was already amazing had been fine-tuned to perfection. The perfect balance of description and action, the perfect pacing to make it flow beautifully, the precise and well times twists and turns that left you hungry for more. No this book left you burning for more.

The setting for this is really interesting actually, and I think it only helped to show off another of Angelini's skills which is that she can incredibly world build and create these stunning, beautiful and different worlds that you fall in love and struggle to leave. The setting is basically a world or dimension sitting on top of ours, where both science and magic exists, neither one without the other but magic dominates and the running of society and what powers our world is completely different yet so similar. I really did like is world and they way Angelini crafted it made it all the more spectacular. Her dreamy and whimsical descriptions saw this exquisite world crafted in my mind. The world she built actually complimented the story so well that whilst i was reading it I literally forgot the real world and escaped to, I guess we can call it 'New Salem'.

As for characters in this Angelini kept it nice and simple with only a few select characters that never really changed. I liked this for a number of reason which I will elaborate on. With this being the first in a series it didn't bombard us with too much info or characters and allowed us to understand and stay comfortable in the book, getting to know and understand the few characters we knew really well. We learnt a fair amount about each characters past and Angelini really blurred the lines between who we hated and didn't in this novel, especially with the love triangle, though it seemed to tilt more in one direction. Needless to say we knew who the main villains were and who we really hated but as i said, a fair amount it still unclear, but i have no doubt this will be cleared up and the following novels in the series as this is only book 1.

Overall I'm in love with this book. Trial by Fire is a masterpiece. the ideas are so unique and so easy to fall in love with and once your in your left with a burning desire to turn the page, and keep on reading. I and no doubts in Angelini's ability to wow and intrigue me and she has succeeded once again in this beautiful rendition of science, witches and the Crucible. The wait for the sequel is a wait too long because i genuinely can not wait to meet Lily and the gang to see where they've been led, because that was one hell of a cliff-hanger at the end and there no way I can sit back and reminisce about the book with an ending like that. I need to know what happens next.
But to conclude Angelini has impressed yet again. Trial by Fire is a sharp, clever beautiful story that will keep you up till the depths of night trying to see what happens next.

So as you an see from my last review I just read Trial by Fire by Josephine Angelini and the story if so gorgeous and beautiful with such vivd concepts and idea that I knew could be so beautifully represented in a cover that I had to have a go at creating my own here is what I came up with! hope you like it!

You can click on them for a larger view 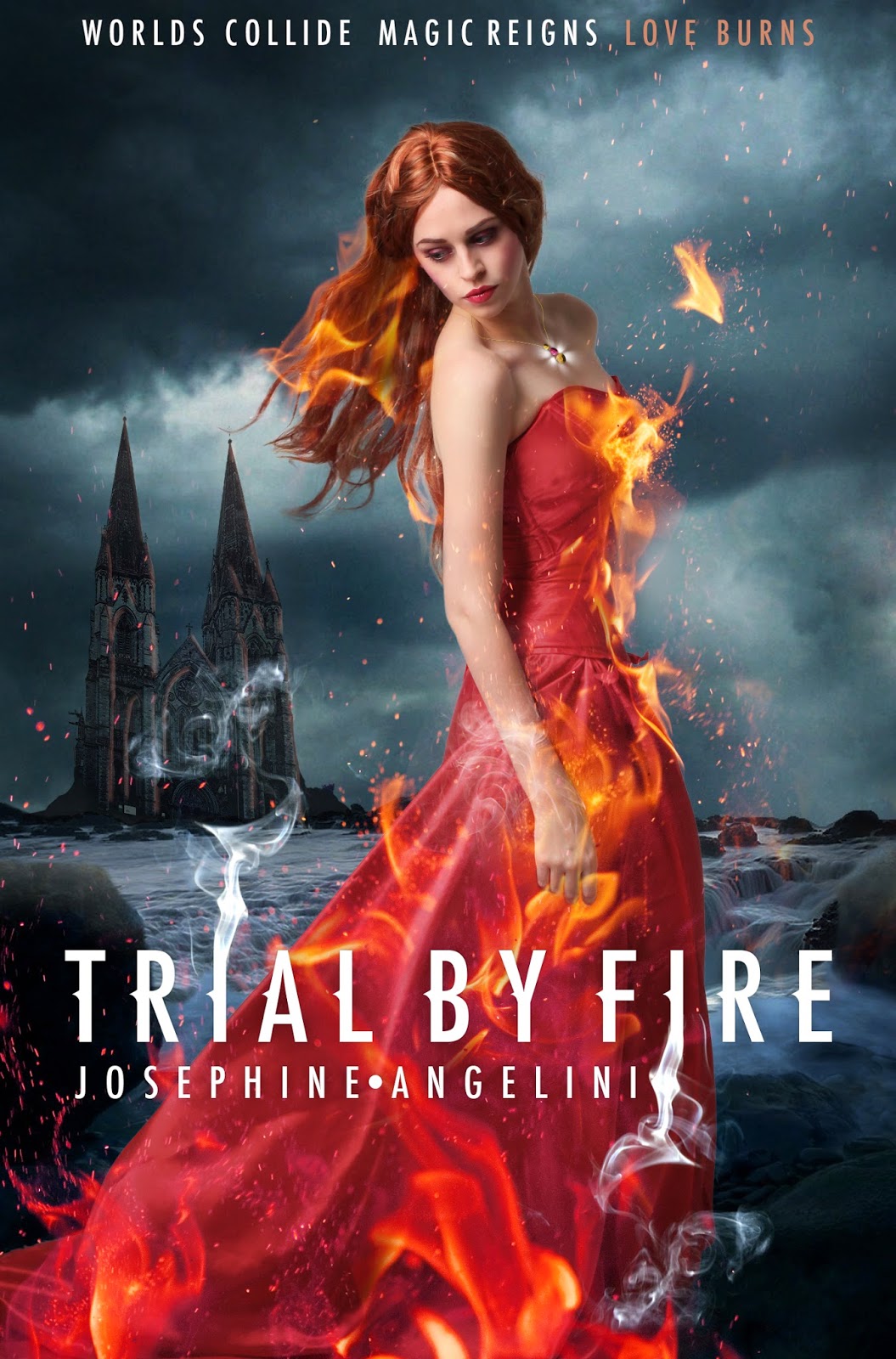 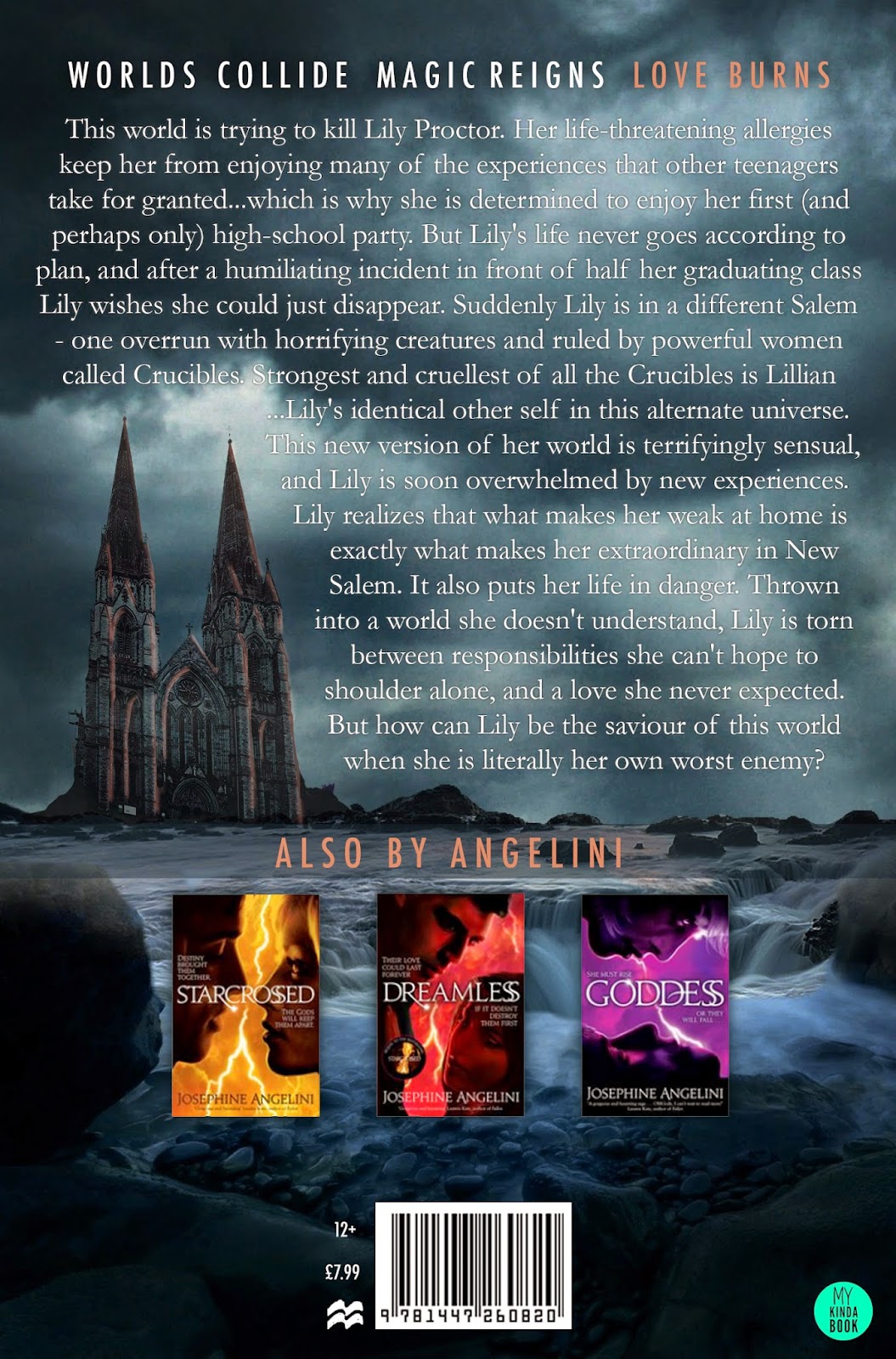 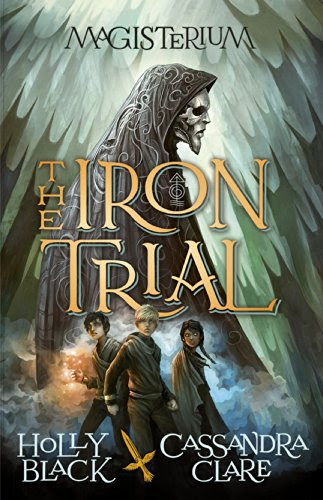 Synopsis:
Think you know magic?
Think again.
The Magisterium awaits . . .
Most people would do anything to get into the Magisterium and pass the Iron Trial.Not Callum Hunt.Call has been told his whole life that he should never trust a magician. And so he tries his best to do his worst - but fails at failing.Now he must enter the Magisterium.It's a place that's both sensational and sinister. And Call realizes it has dark ties to his past and a twisty path to his future.The Iron Trial is just the beginning. Call's biggest test is still to come . . .

Okay why do I want this book? I'm sorry if it isn't clear, blatantly obvious but if I must spell it out here are my reason:
#1: Cassandra Clare
#2: Holly Black
#3: CASSANDRA FREAKING CLARE

So I am a massive fan of Cassandra Clare, like both TMI and TIF are up there in my favourite series list and then, what's that you say, a new book by Cassandra Clare, about Magicians and adventures and A FREAKING GORGEOUS COVER. Like if I'm honest the cover and story don't even matter, I'm pretty sure I'd read anything with Cassandra Clare plastered on the front so that's a fraction of why I want to read this.
But then guess what. Not only is it Cassies' book but its also written by Holly Black.
OH. MY. FRAKING. GOD.
Are you serious. Holly Black is an insane writer and she's just gone and written a book with Cassie. I don't think a book could be any more perfect, and I genuinely can not wait for this. I can not.
By Arjun at July 02, 2014 No comments: