Just comment to post your feedback. That means compliments, bad things, improvements to be made. Anything about this site. Just comment :)
Or just click on the link below to go the the feedback page where you can poll in stead
LINK TO FEEDBACK PAGE
By Arjun at August 13, 2010 No comments:

I was surfing the net alongside my vampire/twilight obsession and came across a book called Fat Vampire. I LOL'd so hard at the cover and I so totally have to buy it. It looks and sounds amazing. 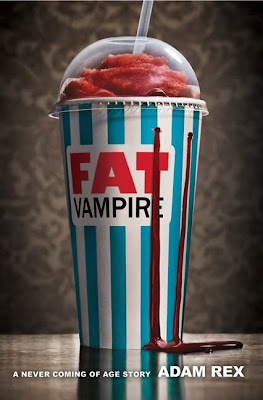 See what I mean. It sounds amazing.
For more information on the book and extras just click on the link below
fatvampire.com
By Arjun at August 12, 2010 No comments:

Okay guys, I'm try a different way of reviewing today mainly because this book is 700 and something pages long, is a very complex story and I would take forever to write the review. 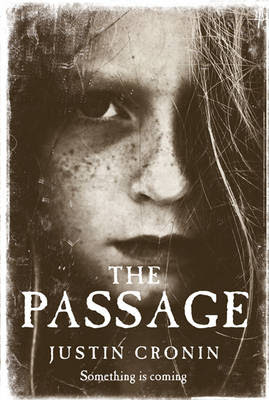 Amy Harper Bellafonte is six years old and her mother thinks she's the most important person in the whole world. She is. Anthony Carter doesn't think he could ever be in a worse place than Death Row. He's wrong. FBI agent Brad Wolgast thinks something beyond imagination is coming. It is. THE PASSAGE. Deep in the jungles of eastern Colombia, Professor Jonas Lear has finally found what he's been searching for - and wishes to God he hadn't. In Memphis, Tennessee, a six-year-old girl called Amy is left at the convent of the Sisters of Mercy and wonders why her mother has abandoned her. In a maximum security jail in Nevada, a convicted murderer called Giles Babcock has the same strange nightmare, over and over again, while he waits for a lethal injection. In a remote community in the California mountains, a young man called Peter waits for his beloved brother to return home, so he can kill him. Bound together in ways they cannot comprehend, for each of them a door is about to open into a future they could not have imagined. And a journey is about to begin. An epic journey that will take them through a world transformed by man's darkest dreams, to the very heart of what it means to be human. And beyond. THE PASSAGE

I loved this book. It is the epic must read of the decade. It reeled me in from the first chapter, and I'm suprised I ever found my head again after it being in the passage for so long. It's a touching tale of what life really is.

From the first chapter (which I have to say was loooong) I felt a closeness to the charecters and their emotions. It's like while your in the book they're your friends. I'd say my favourite friends from the book would be Mausami and Theo. They are perfect together and they might settle down in the book and have a baby and all but they still have a lot of action in their lives. I think everyone gets action in this book. And really I haven't read a book this good in ages. The only charecter without any action is probaly Auntie. But she's awesome. Cronin has built up amazing foundations for these charecters giving them simple but defined chareteristics that help them to give a real feel of the life through the book. It's an amzing book but I loved the way I became a part of the passage with them and how their emotions slowly became mine. Cronin really has an epic way of writing and I would seriously love to meet him. If not I have a signed copy of the passage anyway.


Amy is the centre of attention. It will take you a while take understand her but when you do she is truly amazing just as Lacey is at the end. But of course you want to know about the smokes... I mean dracs... I mean the virals... I mean the many... I mean the vampires.
They're basicly humans infected with the vampire virus but you really feel for them because some of them are trying to fight it like Carter. But you have to kill them to protect yourself or else you're the tenth rabbit. You'll understand what I mean when you read the book.


It is a very complex book and you have to be able to keep up with the narator changing the person of interest. One minute it's Babcock next it's mausami the alicia and then the Train. See it flips pretty fast but I like this. I creates a fast paced book that entices you and gives the story from several perspectives. You can feel eveyone's emotions and even though it's hard to believe they have any because they don't have soul you can feel the virals emotions throughout the book. In its sels I would the book is a passage. Like a passage or a guide to understand what life should mean to us. Because like we were picked to be human. And we should respect that because we could've been picked to a be any animal. I am most definately looking forward to the next to books in the serieswhich acroding to cronin won't be as uber and the passage. The next books in order are:
The Twelve
The City of Mirrors


Overall I think the book is FANTASICO-FRAGALISTIC. Everything about it is awesome and I will defnately read some other day because unlike I am Legend it has more switching of the scene and you're into it staright away. Like BAM and your sucked into the world of virals and no electricity.
Ok I love the book. It's Amzing. The end of this review.


What did you think of this style review. Is it better? Shall I do them all like this or carry the way I was making exceptions for Uber books? Coment :)
By Arjun at August 06, 2010 No comments: